There are few things ever-growing, developing, and changing like social media. Each year there are major changes and modifications in the major platforms while the introduction to newer social media apps never fails to impress the larger public. However, the technical parts and intricate features among many others are absolutely significant for those involved in Social Media Marketing. There are no hard and fast rules to making your digital marketing campaign successful. But with a few tips, tricks, and principles one can get the upper hand over their competitors in 2021.

Social Media Marketing (SMM), as simple as it sounds to be a professional in it is simply taxing. Day in and day out one have to invest much of their time and effort in different uncertain things and foreshadow things before it takes place. Changes and major ones might push you towards the edge. However, these changes come with opportunities to benefit a lot if utilized properly. May it be using a different kind of content or completely switching the platforms, a good strategist never backs down from the wave of new technologies.

Keeping up with all and every change in Social Media can be a jarring task. That is definitely the case if you are new to the trends and technologies. Here, we help you to get one better. This article gives you some tips, a shout out before the changes and new technology introduction, as well as some game-changing, practices to follow and integrate into your strategy heading towards 2021.

it is a work in progress but the changes in Facebook were almost imminent. With the rise of e-commerce, almost every major platform has centered towards a similar adaptation of their user experience. Facebook was unofficially one of the biggest bases for online selling and buying. With the new interface giving almost the major e-commerce website like feel, Facebook is planning to improve and support it even more. Facebook, the world’s biggest digital platform with over 2.5 billion daily users, is now making businesses easier to connect with buyers’ in-stream.

The talks of merging two similar messaging modes owned by Facebook have been for the past few years now. At the end of 2020, Facebook announced the shared messaging across the platforms. WhatsApp is next on the process but it might take some time. So, what are the major changes to know here? The first point is the upgrade in data privacy and security. Now the developers can focus on improving the experience as well as marketers can better connect in different mediums from a single application.

Twitter has been adapting to the image and video contents putting the text-based platform in the backseat for now. Twitter fleets are the answers to Facebook, Snapchat, and Instagram from Twitter. It is impressive how well Twitter has done in stories despite entering the scene late. There are promises of AR and several similar effects rolling out with the next updates this year on Twitter fleets. Although it is exciting to see these features on Twitter it won’t change the main elements of Twitter anytime soon.

Instagram might be among the frontrunners of the e-commerce implementation in Social Media applications. The goal has been to add several dedicated features aligning perfectly to incite the purchase behavior in users. Similarly, there have been few leaks of integrated AR for digital try-on too which will be a gamechanger for online shopping. The features like one-click purchasing and swipes to browse the array of several products here are impressive too. As a platform for users to know about new brands and businesses, Instagram must be in your Social Media Marketing strategy.

5. Algorithm Shift with major actions against hate speech in Facebook

Now for the trends and the reactions of the major social media platforms, 2021 represents a good step in cyberbullying and harassment. 2017 was the year of ‘me too’ and similar trends showed the cancel culture rise in 2020. Facebook is trying to balance the integrity and authority of different fields and use the new algorithms to detect and minimize hate speech. Selection of the relevant comments and filtering of bad words had started a year before and it looks like it will expand with a better report and respond policies in 2021.

6. Twitter improving to give users more of the related topics and tweets

Twitter is planning to expand its engagement by improving the potential topics recommendation matching your feed. It will give the choice to follow a relevant topic rather than a page or person directly. In some formats, it will be like a Facebook page but with highly controlled posts. Topic spaces will improve the user experience and will be greater to control the unusual impression rates. It can be seen in the popular segments like sports and live events but not to a better level.

7. Speculations around the variable home field made available for Instagram

Instagram is trying to focus a lot more on stories rather than post. It might not seem obvious at the beginning but we have got word that Instagram is dropping a major change in design with variable home feeds. The stories will take the limelight but the main feed is supposedly also available for users preferring that. A better theory will give you a stories feed and main feed depending on the amount of time you spend on those or studying user behavior. Looking at the new technologies this point is not too farfetched.

And this is not a new thing but we will state to you the obvious regarding Snapchat. It has the highest density of users among teenagers and young adults. Snapchat has tried to release a sub-platform in its app back in 2018 but it was not very successful. With new features and approaches, Snapchat is planning to upgrade the e-commerce components in Snapchat. The integration with Amazon here has brought exciting changes for users too.

9. TikTok reaching Billion users and beyond in 2021

App store shows that the TikTok app was downloaded over two billion times since its initial release in 2016. The live data signifies over 800 million users on this platform. The number is set to rise this year too with a large possibility of reaching the billion active users by the end. Once it has done so, it will leapfrog over Instagram and sits on the fourth spot behind Facebook, YouTube, and WhatsApp. With such presence and prowess in the rising curve, this app seems like it is here to stay. Make sure to use it in your SMM strategy too.

Linkedin is the largest professional social media app. It is usually not on the charts for social media marketing but one must not forget its 700 million member’s network. A casual type of application in the past, Linkedin does not back on the face of helpful changes. One such change came with the focus on live events post 2019. It looks very likely that Linkedin will capitalize on this feature more going towards 2021.

This might be one of the most exciting projects by Facebook and the best part is that AR glasses might be here before the end of 2021. The nearest competitor to Facebook regarding this Tech is Apple. However different sources show that Apple will back up for now after the release of AR glasses by Facebook in hopes of bringing a much-advanced version itself.

Twitter might be the most changed platforms in 2021 with so much testing and research being done. As an official announcement in November Last year, Twitter hinted over the near introduction of Audio Space It is the rival to popular app clubhouse broadening the ways users interact in Twitter.

13. Will Instagram Reel stick around or TikTok will overshadow it in 2021

Instagram reels were great but it was not original and inclusive. On the other hand, TikTok blew up fast and big. IG-Reels is most likely not to be considered as the major component of Instagram. However, they might stick with it for at least this year or so.

Augmented Reality and its advancements have been used in Snapchat for some time now. You can transform the way to look at different things here. Snapchat uses it as a lens rather than a filter maximizing the possibilities. Marketers can’t be lagging behind in using and marketing these. With Augmented touring and assistance, you can add several digital components to your physical products.

15. Better e-commerce integration in Tiktok too

October came with the announcement of a partnership between Shopify and TikTok. This simply enabled the sellers to integrate their accounts in Shopify with Tiktok and sell directly from there. Some might find this experience a lot forced in comparison to Facebook and Snapchat but its all positive for Social Media Marketers.

Linkedin has boasted an absolute mass of career and professional database in the history of Social Media. Now the app is making several insights available from these data which improves the digital-matching algorithm here even more. The new career explorer tool in Linkedin is the best example of the future in data-driven connections. Both seeking and assigning projects to professionals has been made easier in 2021.

Twitter verification has long been the area of interest and it was inevitable that Twitter had to change few things. About a quarter of a million people are verified on Twitter and it includes a wide range of people. The blue tick now could change representing specific indicators on what the handle represents.

18. A controlled rise to the Chinese Social Media apps too

2021 will show the rising trend on Social Media apps in China too. The frontrunners of technology in the world some of these apps will try more to expand the global reach. Our top apps in focus here include WeChat, Sina Weibo, Tencent QQ, Xiao Hong Shu, Douban, Zhihu, Meituan, Toutiao, and Tik Tok.

It will not be easy to gain a network of everyday users when it comes to new apps. However, changes and new features might result in the up rise of every small and big app going towards this decade. Our top predictions show some apps which can step further as a reliable social media platform. These Include Lasso, Vero, Caffeine, Ablo, and Steemit.

Those were some brief updates and changes on what to expect from Social Media in 2021. Social Media Marketers out there be alert as the small things might matter the most while making strategies now.

7 Proven Ways to Promote Your Business website in Google

9 Easy WordPress Tips that will Make Your Life Easier

9 Strategies to use if your Domain Name isn’t Available

8 Powerful reasons why Blogging is Critical for your Brand

Want to get free advice from our specialist?

Submit a request by leaving your email and we will get back to you with the fresh marketing ideas for your website. 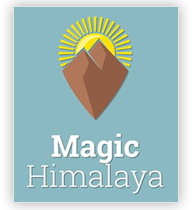